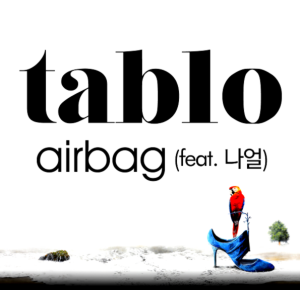 Epik High‘s Tablo who recently signed a new contract with YG Entertainment will be making a comeback for the first time in two years.

R&B singer Na-Ul of Brown Eyed Soul is featured on his new solo track “Airbag” which will be released on various online music sites on October 14th.

He explained, “I thought, just like how airbags are always there in case of a car accident, how nice would it to be to have someone there to shield you from difficult times.”

The song is a complex mix of acoustic sounds and with the mix of Tablo’s poetic like lyrics, it’s sure to impress listeners everywhere.

Tablo has written, composed, and produced each song on his new album, and it was something he diligently worked on over the last two difficult years of his life.

YG Entertainment stated that Tablo’s album is what CEO Yang Hyun Suk most enjoys listening to these days, heightening expectations for the release.

And Na Ul is not the only artist that’s featured in this new album. Talented artists who normally don’t participate in features have collaborated to record songs with Tablo for his new album. It’s as if they wanted to offer their encouragement and support for the singer who has had a rough time in recent years, and the feel for each song is completely fresh & different.

Tablo’s notebook, which he has used in preparation for this new album, was revealed. The notebook contains the traces of his past 2 years and seems to indicate just how much meaning the new album holds for Tablo.

Before signing with YG Entertainment, Tablo prepared for his new album alone while going through the scandal where he was accused of lying about graduating from Stanford. The tough times he must have endured as well as the hard work he put into the album preparation are evident in his notebook. One page of the notebook is filled with lyrics that seem to be have been erased and rewritten several times, as if he had turned to music to escape from the difficult times.

By the way. fans highly anticipate the different kinds of music Tablo will offer for his first solo project, and the full-length album drops on November 1st!